THE KING OF QUEEN

THE VOICE
THE FEELING
THE PASSION

Freddie Mercury was one of the most dazzling rock singers and personalities in music history..

He filled the biggest stadiums over the world and enthused with his compositions of rock and theatricality. Like no other character in rock 'n' roll history, Freddie Mercury the singer of the band Queen, stands for extravagance and big performance. Privately he lived a life on the fast lane and was known for his dissolute and decadent lifestyle. Despite his HIV disease, the singer was in the studio until shortly before his death. Songs like "Bohemian Rhapsody" and "We Are the Champions" made Mercury immortal.

RAISE THE LEGEND TO LIFE

The Voice - The Feeling - The Passion is the motto of the terrific 90-minute Rock & Music Show with all the hits of Mercury and Queen.

The legend is alive.

The perfectly trained musicians bring the legend to life, celebrate the 1970s and 1980s and slip into the role of Mercury and the Queen with unique authenticity. One has the impression Freddie Mercury and Queen bodily again in the Wembley Stadium in 1986 to experience.

"Everything I do is fool you. I go out on the stage, I act. I mean, I even have this song, so I slip into many roles. It's all about this guy who fools everyone in terms of love. But I already had more of my stage person in mind. It's just sham - it's just fun."

Freddie Mercury in one of his last interviews.

World-class style imitations and Mercury Real Tribute, one of the best Queen tribute bands in the world, bring the artist, singer and person "Freddie Mercury" to life!

"When we started, Mercury lived in an insurmountable conflict, on the one hand the timid boy Farrokh Bulsara, on the other hand, what he later called the extroverted monster, the Freddie Mercury, whom we later all knew, was dormant in him."

Roger Taylor, drummer of Queen
in the Mercury biography of Lesley Anne Jones. 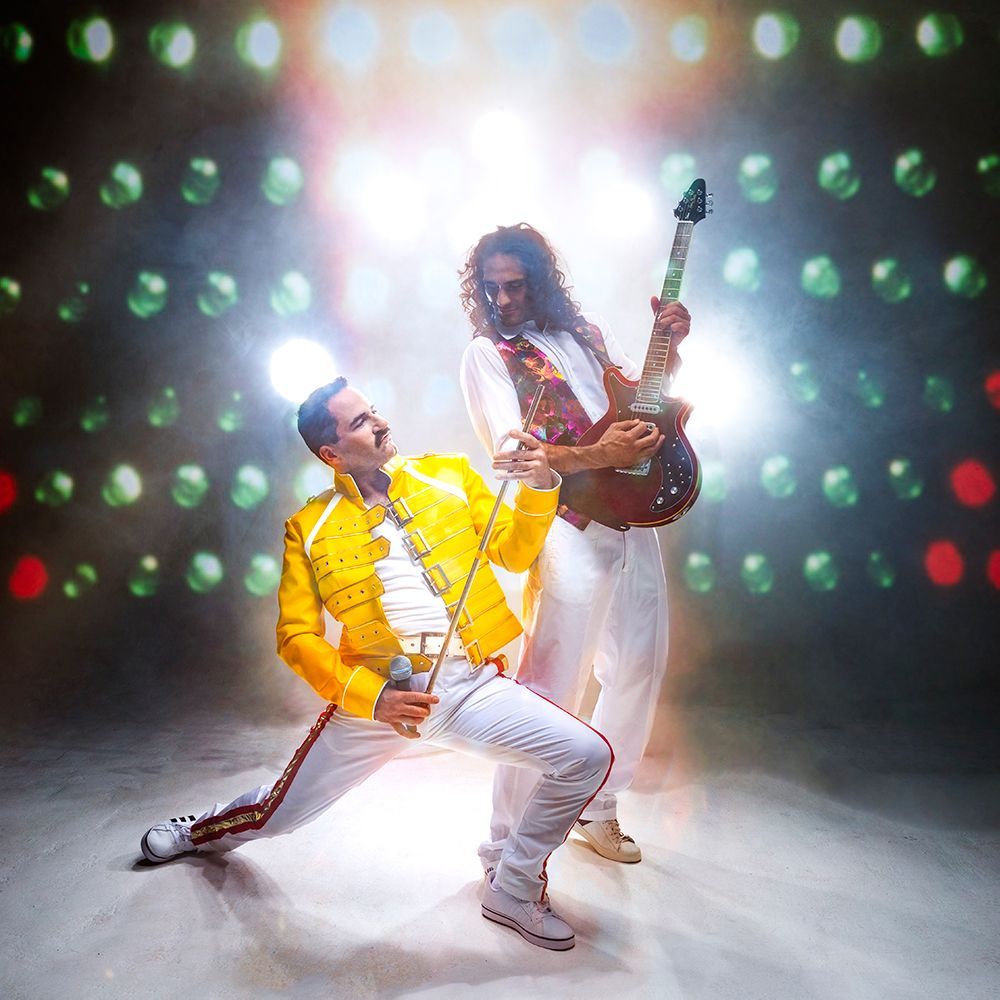 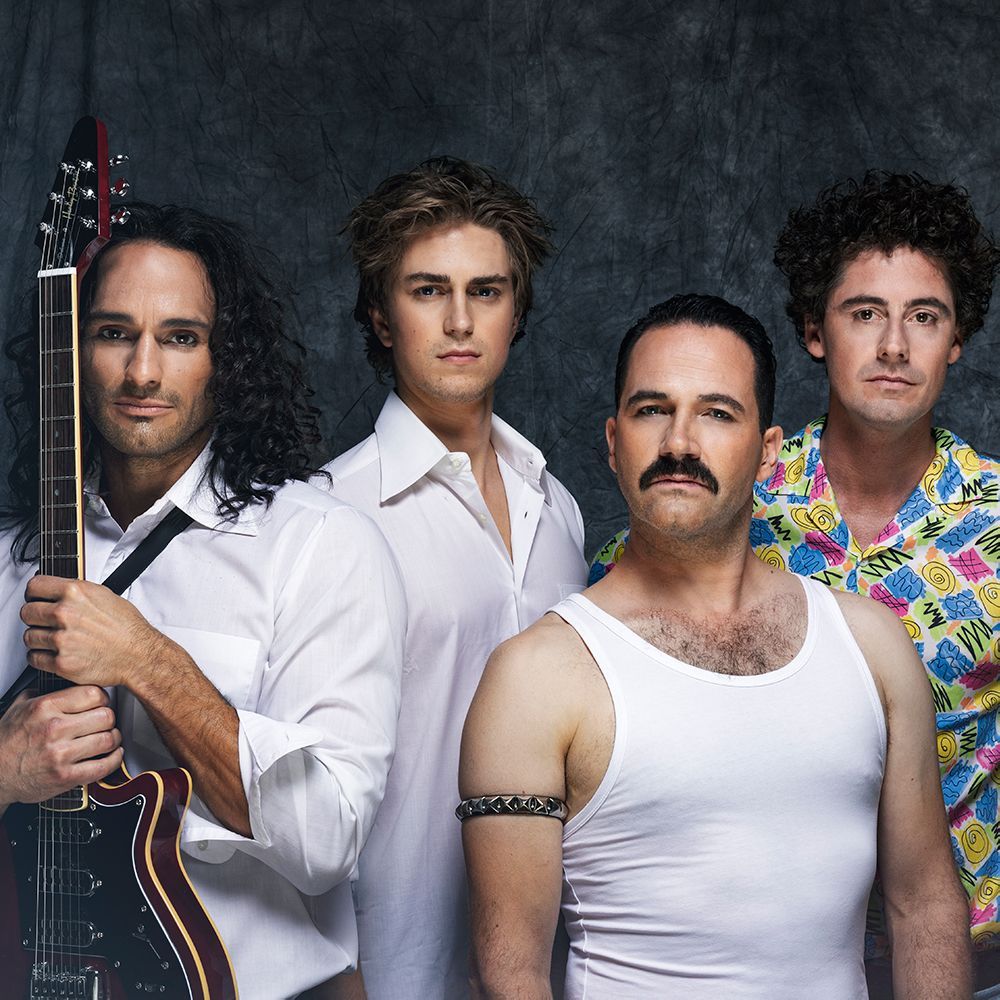 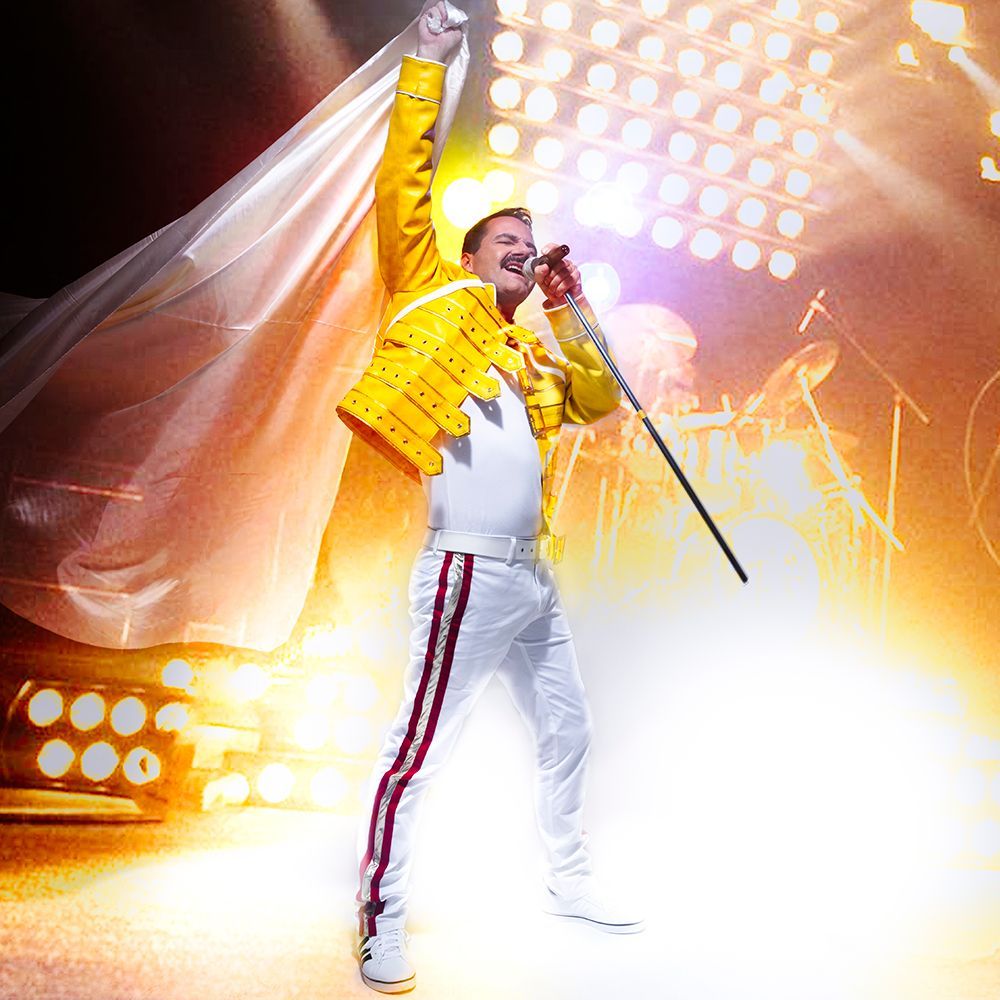 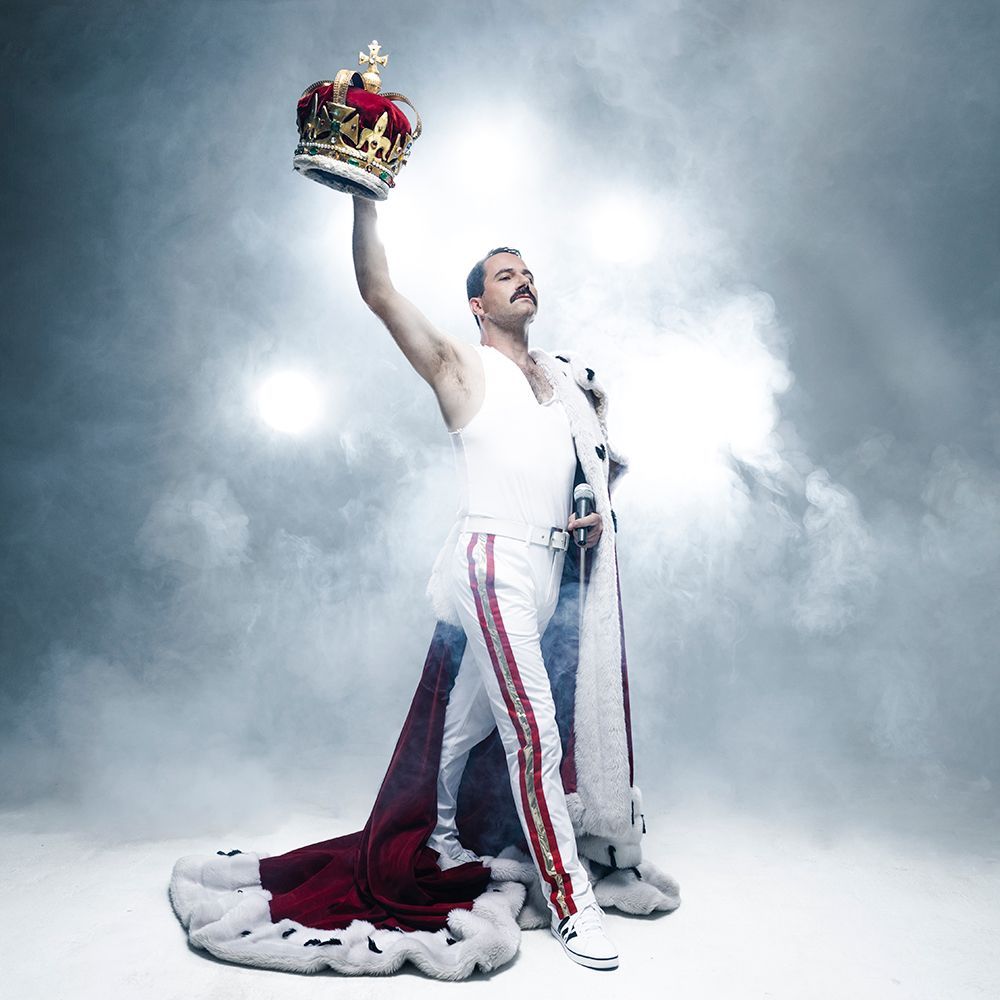